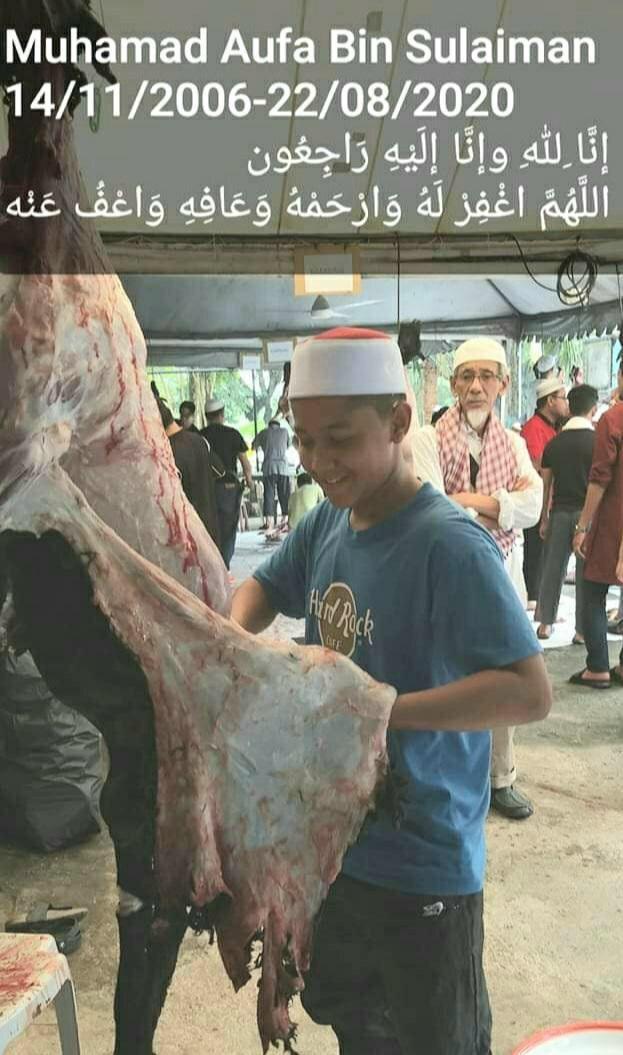 We ask for your dua for a very special orphan and a student at Darul Mahabbah, arwah Muhamad Aufa bin Sulaiman, who passed away this morning at the age of 14. He lived a short but beautiful life. Having lost his father even before he was born, he was brought up by his mother, an amazing lady who used to help sell kuih to raise funds for the purchase of a jenazah van for their mosque. Little did she know that the van would one day be used for her son’s funeral, SubhanAllah.

Aufa was very attached to his mother and while she is brokenhearted, she finds solace in knowing that he lived a rich and meaningful life serving Allah and that Allah enabled his wishes to come true before his death. Aufa had wanted to be a good imam, and Alhamdulillah he managed to do that during Ramadhan. He wanted to memorize the Quran, and mashaAllah he had memorized the most Quran amongst his classmates at Darul Mahabbah. He wanted to be good in his Arabic and he was well on his way. In fact, one of the last things he did was to have a Facetime call with his classmates during their Arabic language class last night, telling them he was so excited and couldn’t wait to join their class again. He was the kind of son who never caused his mother any trouble but instead was the coolness of her eyes.

May Allah accept his good deeds and unite him with his parents in Jannatul Firdaus. May Allah ease his mother’s heart and elevate her status for patiently enduring this difficult trial. ❤️❤️❤️